How Digital Transformation is Speeding Up Legacy ECM Migrations 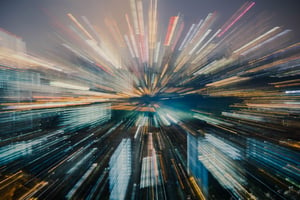 What has just been implemented, will become legacy at some point in time and that point in time is coming sooner rather than later. You can link this behavior to digital transformation, but what specific dynamics in this large concept are there causing it?
Here are a few, I have identified in the recent years:


Cloud applications in general, but specifically Office365, have gained immense popularity among business and have become the standard. We see many organizations migrating their content – or part of their content – to cloud storage applications, mainly Office365, but also Box and Dropbox. If you want the latest and greatest cool stuff out there, you need to go to the cloud. The fact that ‘the cloud’ has been fully adopted is certainly something that results in more legacy ECM migrations.


Digital Transformation is a very broad concept. One aspect of it, though, is that organizations are thinking about how they get the most value out of their digital information and how they can digitize their business processes to stay competitive. It’s clear that to be able to support this, other systems, applications and infrastructure is required. This again drives the need to move away from legacy ECM.


Things change over time, technology changes. And obviously, with time things become old. Nothing shocking so far. But it seems like the timeframe in which things become old has sped up the last years. Things become older much faster. New technology now only takes a couple of years to become legacy, where as it used to take a least a decade.


End of 2016, analyst Gartner released a new report in which they mentioned that the enterprise content management concept is dead. Instead, they identified the content integration trend and introduced a new product segment, named Content Services. In a content services architecture, applications should be seen in its context, user-centric and not support a single process in your organization. This approach is driving organizations to consolidate their applications and thinking about replacing their legacy ECM with modern content services platforms.


There is competition out there, that has started fully digital, online and in the cloud. Think of the ‘Ubers’ and ‘Airbnb’s’ of this world. It is hard to compete with them, but to be able to do this, you need to transform and move to the cloud. This competition is causing a need to move away from legacy ECM as well.

6. Power of the end users


In the past, the IT department decided what tools a user in an organization needed to use. That has changed. Actually, that has turned around completely. Users have access to all the great new stuff from their homes and phones and are demanding and imposing the same from their organization. They will find work around if they don’t get it, leading to security issues and more. This makes it essential to give them what they want, leading to migrating away from legacy.

Frequently, legacy enterprise content management systems are grounded in the architecture. But despite this fact, these market dynamics make you consider retiring your existing ECM solutions and replace it by a newer solution. Make sure you have learned about the 8 challenges while migrating legacy ECM systems before you give it a go.