Is it possible to migrate Alfresco tasks to SharePoint tasks?

In the process of an Alfresco content migration, one of the frequently heard questions is how to migrate Alfresco tasks to SharePoint tasks. The answer to the question in the title of this blog is yes, you can! Alfresco tasks are like SharePoint lists, which can be configured as a task list whenever you are migrating Alfresco to SharePoint. Here is how it’s done.

Manual is not an option
One way to do it would be to create a list within SharePoint and configure it to operate the similar to the Alfresco task list. In a migration scenario, you would then have to map and convert the Alfresco tasks to the SharePoint variant and import them in the newly created list. This would work if you have only a handful of task lists to migrate. But what if you were to migrate hundreds of tasks lists or task list that do not share the same configuration? 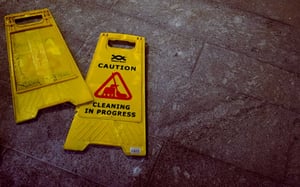 Cleaning & enrichment
Instead of simply replicating the task list you also have the option to clean and enrich the task lists. For example, you could exclude completed tasks or those expired based on their due date.

Considering a migration to SharePoint?
Download our tip sheet with 5 indispensable tips to prepare for this Alfresco to SharePoint migration.