Later is now! Implement a system for enterprise content management

In the beginning of 2016, Microsoft stopped offering unlimited storage on OneDrive. Existing users could keep the 15GB storage as long as they registered for it. For all other users there is a new maximum of 5GB which has been in place since February 2016. Finally, the paid version has also lost its unlimited storage and given a maximum of 1TB.

"Storage doesn’t cost a thing." That is the motto that we have heard frequently in recent years. And because of this motto, there was no critical view on what was saved and stored. "Save it and we will see later", was a frequently heard statement. But, later is now! Now it appears that when Microsoft curbs unlimited storage, we can conclude that storage certainly does cost something, even cloud storage. And of course, that's true. The cost and effort that parties like Microsoft, Google and Dropbox pay to their cloud storage solutions must be recouped somewhere.

Quick win: 50% less storage costs!
Microsoft's decision is a reason for you to take another critical look at your own enterprise content management system and your document management in general. Problems that appear in document management result in problems associated with the storage, management and findability of documents, and the ability to comply with regulations. Each of these problems, when resolved, also translates into tangible financial benefits for your organization. For example: on average, 50 percent of the data stored on the network is ROT (Redundant, Obsolete & Trivial) and thus can be removed. Quick win: 50% less storage costs!

The importance of good document management 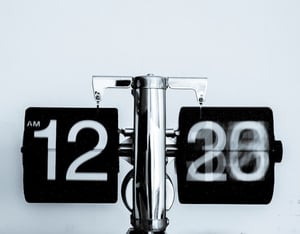 Later is now! Or actually, it has already begun, so what are you waiting for?